The Goddess of Pop is bringing her tale to Broadway and it isn’t short of personality or glam. 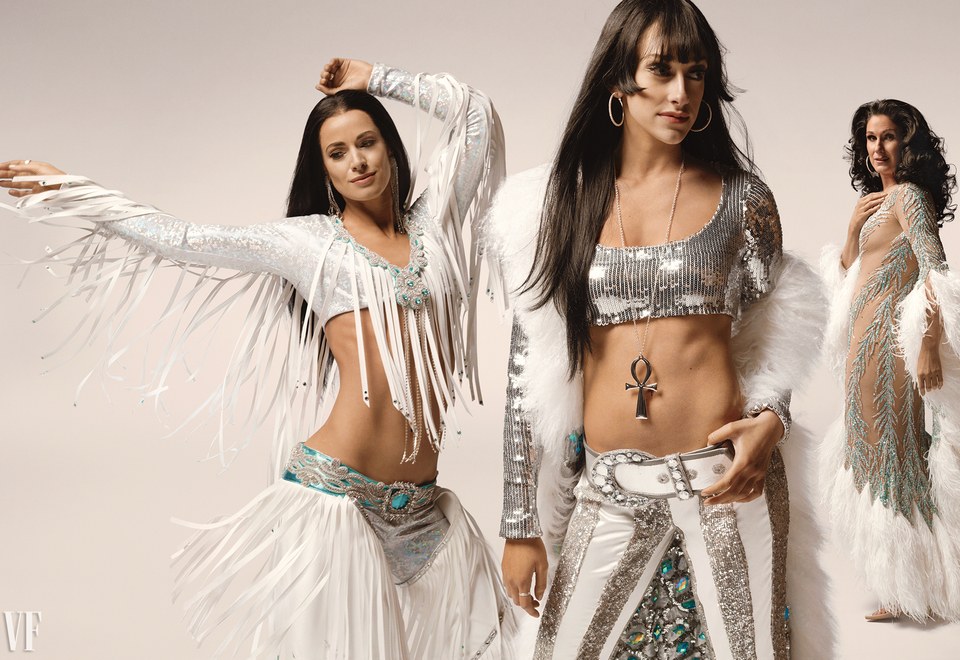 Cher rolls in and out of the Zeitgeist, but every time she comes back the wave seems bigger. Her star turn in this summer’s Mamma Mia! sequel foaled a new Abba cover album; she will soon be anointed at the Kennedy Center Honors. And in December a jukebox musical will open on Broadway: The Cher Show, which attempts to throw a lasso around her chimerical life and tame it into a coherent narrative.

With a book by Tony winner Rick Elice (Jersey Boys) and direction by Tony nominee Jason Moore (Avenue Q), The Cher Show presents the diva’s rags-to-riches story through a trio of iterative Chers—Babe, Lady, and Star. “The fact there are three of us playing her,” says Teal Wicks, 35, who portrays Lady, “takes some of the pressure off trying to be this whole woman.”

Like Cher, who is overseeing the production like a mother hen, the show is frenetic, flashy, and at times simply bonkers: one number imagines her two husbands, Sonny Bono and Gregg Allman, singing a duet to “Dark Lady.” (Picture Cher’s Wikipedia page interpreted by the Solid Gold dancers.) The musical’s Daedalian mix of glitter and gravitas ranges from an eye-popping pageant of Bob Mackie’s outlandish costumes to Stephanie J. Block’s searing rendition of “The Way of Love.” “Cher keeps saying, ‘Please get to the heart of it,’ ” says Block, 46, the Tony-nominated vet who ably carries much of the show as Star.

For all three actresses, the role has provided a new lens onto Cher and her newest generation of fans, many of whom know her for her crazy Twitter feed and L.G.B.T.Q. activism. “Through the years,” says Micaela Diamond, 19, making her Broadway debut as Babe, “[Cher] has become this strong, fierce, independent woman who literally doesn’t need a man in her life. Men are pure dessert.” The Cher Show is the whole smorgasbord.