Ms. Lang has worked in publicity and sales at CBS as well as serving as Senior Vice President and Director of the Broadcast Department at the Rowland Company, a division of Saatchi and Saatchi, where she developed sponsored entertainment. Victoria was a founding partner and Co-President for over 15 years of PLUS Media, Inc., one of the largest producers of lifestyle programming for television nationwide.

A Scripted Television Program based on the hit Musical 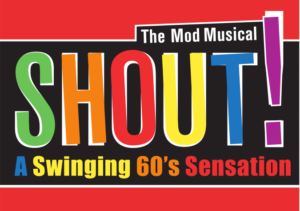 In a musical theater-meets-TV style unlike anything seen before, SHOUT! takes us on a saucy and spirited journey of five unlikely girlfriends caught up in the cultural revolution of 1960s mod London — with the help of the smashing sounds that made England swing!

Like Sex and the City set to song, SHOUT! is a kaleidoscopic look at the lives and relationships of five friends coming of age during the original era of “girl power.” Just as Dusty Springfield, Petula Clark and Lulu were establishing themselves as successful women with major careers alongside The Beatles and The Rolling Stones, British and American women were redefining themselves in the face of changing attitudes about gender. SHOUT! reflects that change through the unforgettable music of the time. Before Cosmopolitan, before the Feminine Mystique, there was SHOUT! The Magazine for the Modern Woman, gauging the cultural and societal shifts and milestones.

Though SHOUT! wears its heart on its sleeve, it also has its tongue planted firmly in its cheek. It takes the audience on a journey of self-discovery through the eyes of our captivating central character, drawing parallels to the cultural shifts that are happening in our country today. It reminds us that there were and will always be obstacles, that tolerance isn’t necessarily acceptance and that there is always something just out of reach.

“Sarah is a Pirate” is a one-hour adventure dramedy (think “Firefly” on the ocean). Set in the present day in the years following a brutal world war which made the land all but uninhabitable, our narrative follows a group of multi-ethnic women who have banded together on a boat, pirating goods from other ships in order to survive. Led by pseudo-optimist Sarah, these women will struggle with everything from daily survival to maintaining their humanity in an increasingly ruthless world. And it’s funny.