Lang Entertainment Group’s theatrical ventures are chosen with two major factors in mind: entertainment value and profitability. They are financed using a commercial investment model. We consider the people that support our projects financially our Producing Partners in the business of our show – because it is much more than an investment. We are creating a product together. And as the saying goes, it takes a village. We work with everyone from savvy investment bankers to those just entering the exhilarating world of live theatre. We are just as eager to educate our Producing Partners, as we are to learn from them.Typically, theatrical investments are made in “units.” For one of our Off Broadway shows, a unit can start at approximately $5,000. For Broadway, a unit can be $10,000 to $25,000. Sometimes it is possible to share a unit with another individual or company. And for those interested in having a more substantial involvement in the production, there are opportunities to be Associate Producers and Producers by bringing on board your own Producing Partners.

Investors are paid back from the first profits from the show. Once the original money that was raised to produce the show has been paid back (known as “the capitalization”) to all the investors (known as “recoupment”), then the profits are split 50/50 between the Investors and the Producers. Our Producing Partners invest in the theatre for a variety of reasons. Although it is a high-risk investment, there are enough shows that have turned handsome profits for many years, for many people that make investing in a Broadway or Off Broadway production a rewarding experience.In addition to the potential financial success, other benefits can include:

If you are interested in becoming a Producing Partner on a Lang Entertainment Group project, please contact Victoria Lang at Victoria@LangEntertainmentGroup.com to arrange a personal meeting.

According to the Broadway League….. 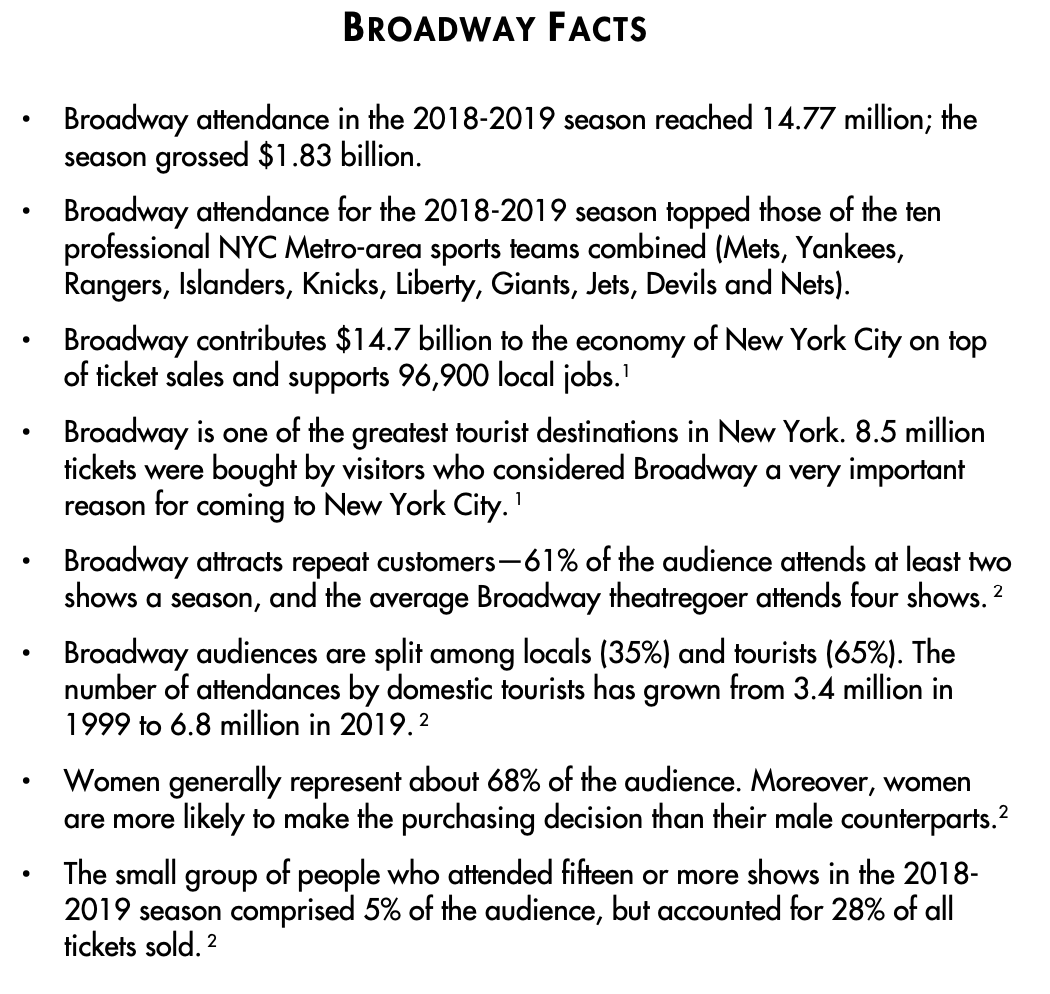