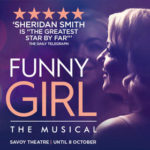 Funny Girl first opened on Broadway on the 26th March 1964 at the Winter Garden Theatre. It later transferred to the Majestic Theatre and The Broadway Theatre and closed in 1967. The original book was written by Isobel Lennart, music composed by Jule Styne and lyrics written by Bob Merrill. The musical is semi-biographical, based on the life and career of Broadway star, film actress and Comedienne Fanny Brice. Read more about Funny Girl.

LISTEN TO MY HEART

Journeying deep inside one’s heart can be exhilarating, life altering, even painful, but invariably it’s worth the trip. Emotions may be unique to every one of us, but collectively, more than anything on this earth, they remind us we’re alive. No one captures this aspect of the human spirit more brilliantly than David Friedman. And he does it with songs. Read more about Listen To My Heart.

Since SHOUT! shook its way into the New York Musical Theatre Festival, the musical celebration of the 60’s has become a true international smash hit, entertaining audiences the world over with the infectious and soulful pop anthems and ballads that helped grow the female empowerment movement. Read more about SHOUT!.

Still reeling from her divorce, Linda is rescued by her three friends who have come to turn her despair into a weekend of hilarity. Linda has to pack up her house and memories while finding the courage to start over again when all she wants to do is bury herself in Ben and Jerry’s Chubby Hubby ice cream. Read more about Divorce Party.

What if the only thing standing between you and destiny was Ben Affleck? What if the script for Good Will Hunting fell from the sky into your living room? MATT & BEN is the story of a friendship in the face of ambition and outrageous fortune. Read more about Matt & Ben.

Sylvia is a comedy play written by A. R. Gurney. It premiered in 1995 Off-Broadway. Sylvia is a dog that was adopted by a couple. Read more about Sylvia.

Winner of the Fringe’s Outstanding Musical Award, SILENCE! The Musical combines whip-smart dialogue, shocking songs, and over-the-top performances to make a musical parody of THE SILENCE OF THE LAMBS that’s sure to be popular with seasoned fans of the movie and FBI rookies alike. Read more about SILENCE!

A group of adventure seekers discover and capture an odd-looking youth hiding in a West Virginia cave. Bringing him home to the townsfolk of Hope Falls both shocks and intrigues this sleepy community, setting the tone for a journey filled with fear, hope, heart, humor, and love. Read more about Bat Boy.

The musical is set in a small town in the New Mexico mountains circa 1885. The story centers on Vienna, a sultry saloonkeeper who built a booming business on her back. Though Vienna is the ultimate ‘bad girl gone good,’ her nemesis, the pent-up Emma, sees things differently. A domineering cattle baroness, Emma controls the town with an iron fist but loses her grip when she falls for the dangerously hot-headed Dancin’ Kid. Read more about Johnny Guitar.

RISE: An Impotent Love Story: Finding it the Hard Way 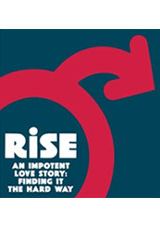 With brutal honesty and self-effacing humor, RISE is the story of one man’s battle with the ultimate male taboo. Falling in love and discovering he suddenly can’t get it up, he embarks on a frantic quest to regain his lost mojo, and experience the ultimate happy ending. Read more about RISE.