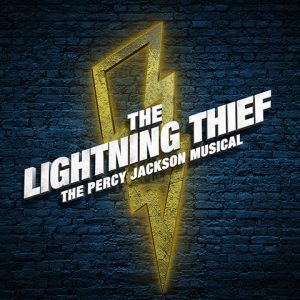 “WORTHY OF THE GODS!” Time Out NY

The Lightning Thief: The Percy Jackson Musical, previously seen Off-Broadway and on tour, arrives on Broadway September 20 at the Longacre Theatre (most recently home to The Prom).

The musical will play a limited 16-week engagement and officially open October 16.

The musical made its New York debut in 2017 at the Lucille Lortel Theatre, where it played an extended run and was nominated for three Drama Desk Awards. A national tour, which included a March engagement at New York City’s Beacon Theatre, launched in January in Arkansas.

With more than 100 million copies of the book series sold worldwide, this global phenomenon has found a new home on the live stage in a “mesmerizing” theatrical event that proves “lightning can strike twice!” (TheaterMania). Following a sold out run in New York City, where it garnered 3 Drama Desk Award nominations, including Best Musical, this “winning adaptation” (The Hollywood Reporter) is coming to rock your world.

As a son of Poseidon, Percy Jackson has newly discovered powers he can’t control, monsters on his trail, and is on a quest to find Zeus’ lightning bolt to prevent a war between the Greek gods. Based on the best-selling Disney-Hyperion novel by Rick Riordan and featuring a thrilling original rock score, THE LIGHTNING THIEF:THE PERCY JACKSON MUSICALis an action-packed theatrical adventure that has been celebrated by audiences, fans and critics alike. The original cast recording was released by Broadway Records, winning best new off-broadway cast album at the 2018 BroadwayWorld Album Awards.

More information about THE LIGHTNING THIEF: THE PERCY JACKSON MUSICAL is available at http://www.lightningthiefmusical.com/